Veritone’s patented CDI (Cooperative Distributed Inferencing) technology forms the backbone of Veritone Energy Solutions, delivering real-time dynamic modeling and control that ensures predictable energy distribution and resilience across the grid. CDI self-learns and adapts to ensure all energy devices in a microgrid, such as solar and battery power, deliver optimal energy at peak demand times and continue to operate autonomously if isolated from the main grid due to extreme weather or natural disaster.

Veritone Energy Solutions and CDI optimize smart grid energy distribution by continuously knowing how much of what type of energy to deliver where ensuring grid resilience in the face of the unexpected.

In an emergency, Veritone’s real-time AI-based grid learning optimally routes energy to critical loads from neighboring states, from another microgrid, or from behind-the-meter battery storage.

Ongoing grid resilience can be achieved by using Veritone to fuse together data from real-time weather and load forecasting, economics, rules, and real-time grid learning to deliver optimal grid management and control, whether between grids or autonomously in an islanding configuration. With AI controlling the grid, everyone has the power they need, and blackouts can be prevented.

Forecaster – a distributed forecaster service that generates predictions of the state of the smart grid devices.

Controller – a bank of edge controllers that implements the desired behavior as a function of the predictive state of the smart grid.

The Veritone Forecaster, Optimizer, and Arbitrage solutions leverage CDI to perform their functions. CDI works hand-in-hand with the Veritone Controller solution, which is a dynamic, incremental feedback control system that obtains sensor-based environmental information and produces actions to control a network of electric microgrid devices including distributed loads, solar panels, batteries, and utilities. 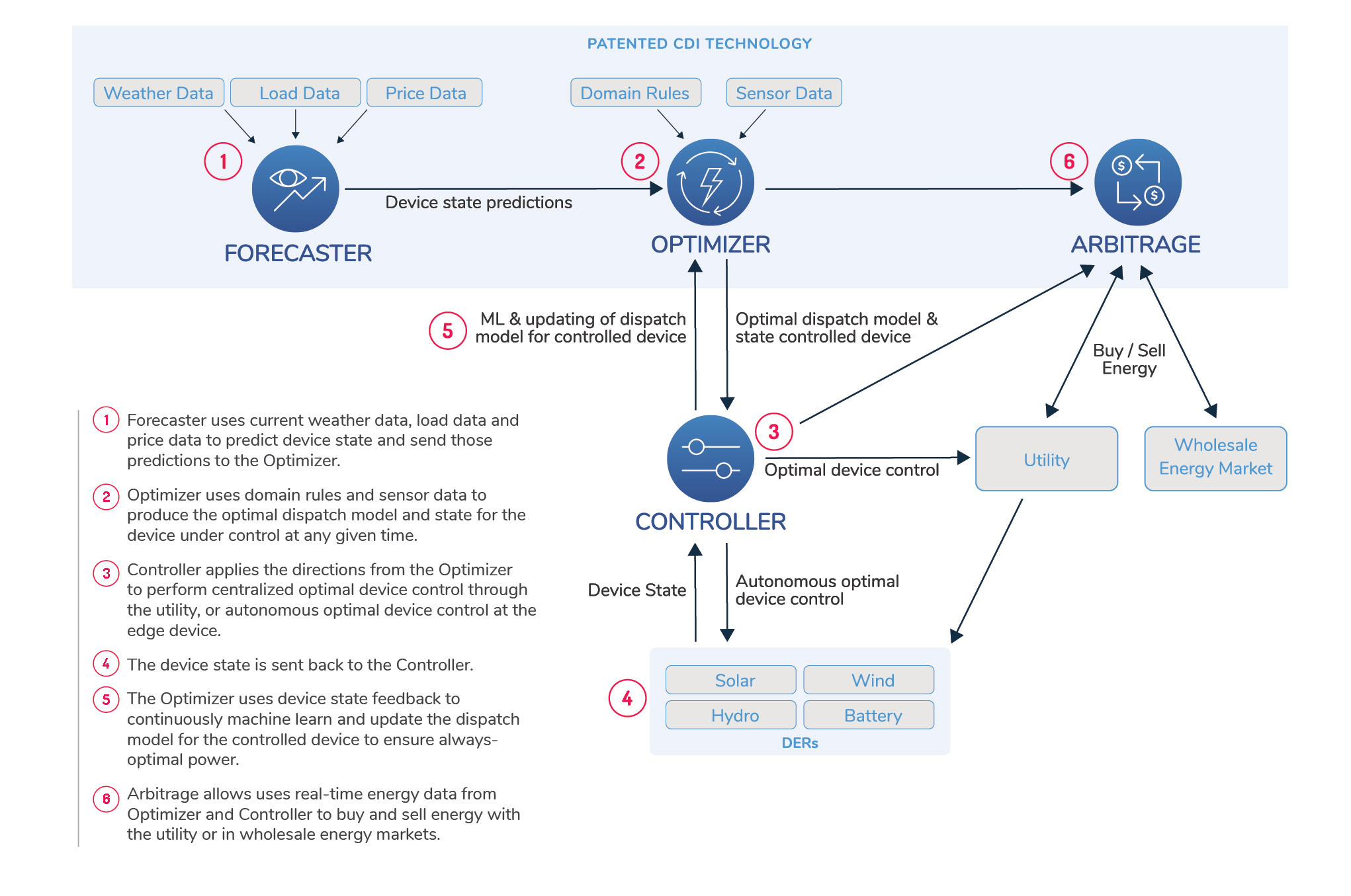 CDI is the grid modeling and learning core of Veritone Energy Solutions. CDI leverages forecast data and rules to build and continually update device state models, which are then used to intelligently control edge devices. Figure 1 shows a high-level diagram of CDI and a distributed edge control system. 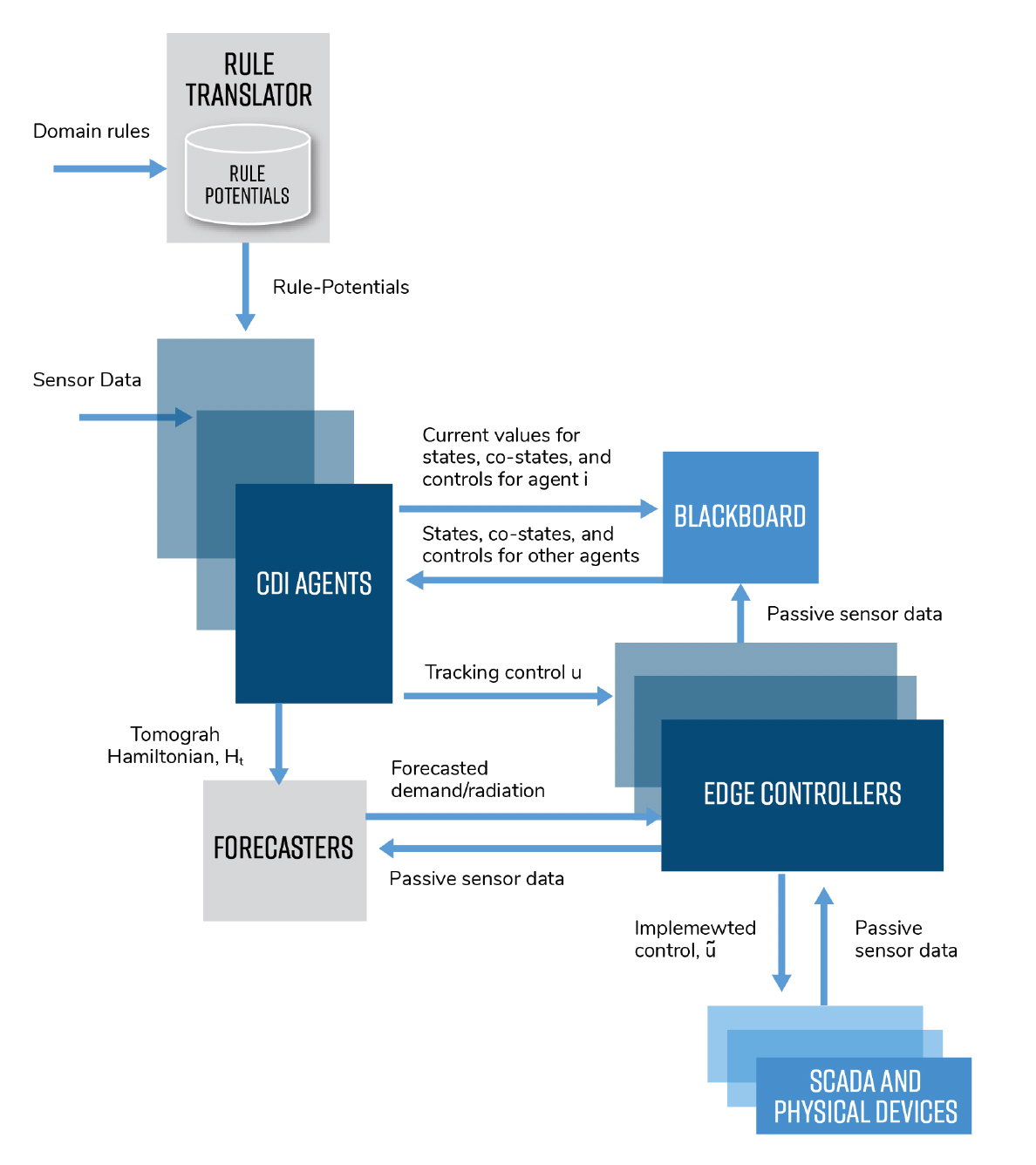 FIGURE 1
A high-level diagram of CDI and a distributed edge control system.

CDI uses Veritone’s patented Tomograph, which continuously constructs a control model of a complex system in real-time as the system evolves with changing conditions. Other solutions on the market simply learn static model parameters, while Veritone applies dynamic, adaptive learning to models via model Hamiltonian. With CDI, the system is always operating at peak performance as each device’s edge controller gets its instructions from the most accurate model possible at any given time considering changing environmental conditions.
The Veritone Tomograph builds dynamic control models from sensory data, based on rules that govern the system. Models are summarized by a system Hamiltonian, which is computed in a distributed manner across an agent-based network of grid devices. In this way, models apply to devices and are also synchronized across multiple devices on the grid via an aggregated Hamiltonian approach.

CDI uses a distributed agent-based approach that reduces overall processing requirements while drastically improving latency. Systems and devices including batteries, solar inverters, and wind turbines use models that are synchronized both with each other and the grid, allowing for autonomous energy grid management via Veritone’s predictive intelligent controllers, and resulting in estimated energy efficiency improvements in the range of 15-25%.

Unlike competitive energy offerings that focus on a single aspect of energy management, such as:

Benefits of CDI’s real-time dynamic modeling span any device under control. For example, fast and accurate dynamic modeling of batteries increases battery utilization, reduces the risk of a thermal event, extends battery life, and improves the economics. To build an accurate model of a battery, Veritone uses its patented Model Realization System (MRS) which injects a micro-volt pulse into the battery and then records its response.

CDI uses hard and soft rules for edge controller components, along with a mean field-based dynamic synchronization of the network, to perform a real-time construction and updating of device models under control via a tomograph. CDI then generates a tracking signal representing the most optimal model at any point in time. That model combines dynamic, optimal demand satisfaction with rules describing device longevity, operational limits and other device characteristics.

This CDI tracking signal is sent to the edge controller, which generates an implementable signal that controls a physical energy device.

Distributed CDI agents are dynamically synchronized through the mean approach with a blackboard architecture that collects and transfers information and ensures optimization and synchronization of energy across a distributed energy network. 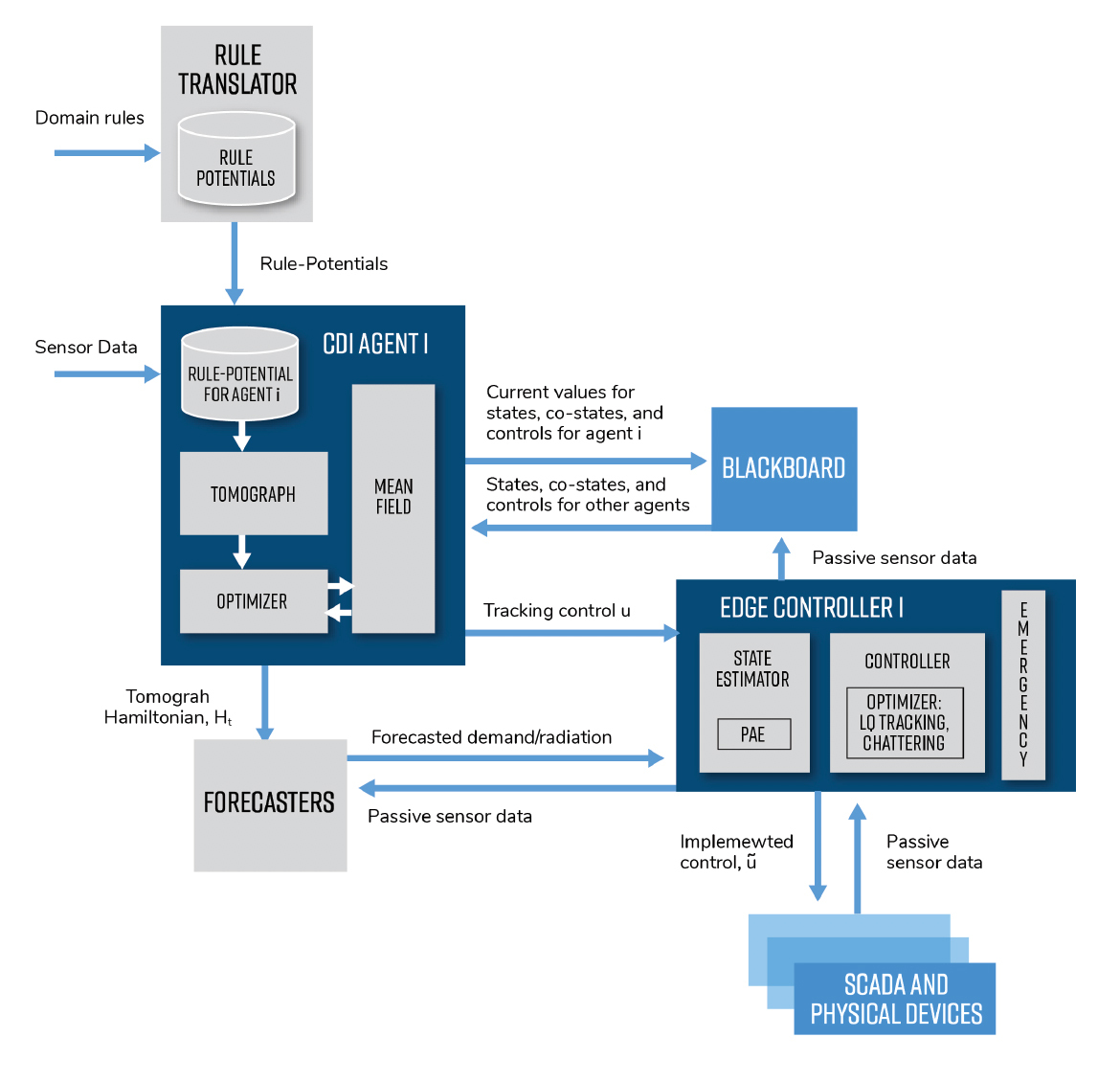 FIGURE 2
Key energy solution components for optimal control of a device at the edge. A CDI agent may control a single or several edge controllers.

The Veritone Energy CDI and edge control system combines data acquired in its ML-based knowledge base, distributed CDI agents, edge controllers and sensors to control components in the network for optimal energy dispatch. 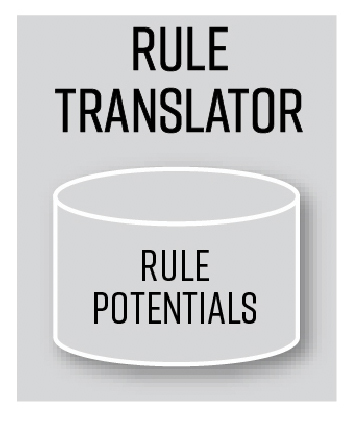 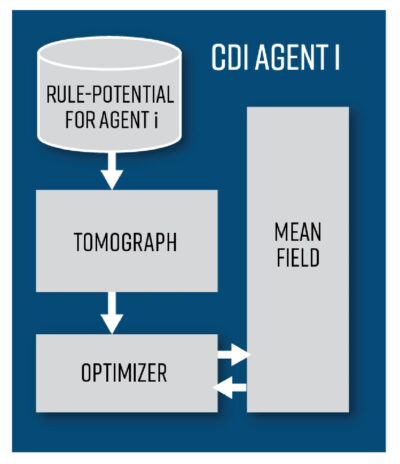 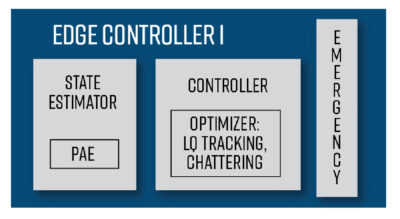 4. Blackboard: The blackboard provides flow of information, including state and synchronization data, between agents.

5. Forecaster: Uses historical and current sensor data to forecast future energy factors, such as demand and irradiation, to be used in the edge controller. Leverages multiple trainable models including a parameter adaptive engine (PAE).