Consider artificial intelligence and the internet of things (IoT). Separately, they are among the most impactful technological trends reshaping human society. Together—using the interface of conversational AI—they can become much more powerful, potentially transforming everyday items into virtual partners able to leverage the vast resources of the internet and put them at everyone’s disposal via natural-language communications.

Now two Chinese technology titans are joining forces in an initiative to combine their IoT and conversational AI technologies to realize this vision, as reported by NASDAQ. The companies are Baidu, China’s version of Google, and Xiaomi, the country’s equivalent of Apple. The initiative involves using Baidu’s DuerOS conversational AI system to improve user interactions with consumer electronics and smart devices.

Launched in July, Baidu’s DuerOS open platform is a conversation-based AI system designed to support the development of the IoT industry. The platform aims at helping developers in creating voice-enabled devices that can hear, understand and follow commands given by the user.

For Baidu, the deal represents an opportunity to drive the development of the IoT industry and expand opportunities for DuerOS. As for Xiaomi, the partnership will allow it to apply conversational AI to its products and gain a better understanding of how the technology operates in the real world.

Baidu has major ambitions for DuerOS.

“We want to enable everyone on this planet to build DuerOS into devices with a very low barrier,” said Kun Jing, DuerOS lead at Baidu, in a quote reported by VentureBeat in August.

Baidu has added more than 130 partners for DuerOS, with the technology already employed in products including smartphones, televisions and home appliances.

Market research firm Gartner describes conversational AI as systems that range from simple informal, bidirectional text or voice conversations—such as asking, “What time is it?”—to complicated interactions like collecting witness testimony to develop a sketch of a suspect.

“Conversational systems shift from a model where people adapt to computers to one where the computer “hears” and adapts to a person’s desired outcome,” Gartner stated

“AI and machine learning increasingly will be embedded into everyday things such as appliances, speakers and hospital equipment,” Gartner stated. “This phenomenon is closely aligned with the emergence of conversational systems…Conversational systems do not use text/voice as the exclusive interface but enable people and machines to use multiple modalities (e.g., sight, sound, tactile, etc.) to communicate across the digital device mesh (e.g., sensors, appliances, IoT systems).”

This convergence of AI and IoT will lead to the development of a more human and more personalized IoT.

“Not only are humans innately wired to learn and produce language with relatively little effort, voice conveys umpteen unseen elements of communication — emotion, tone, cultural nuance, etc. — we use to gauge interactions,” said Kaliedo Insights analyst Jessica Groopman. “This is the inherent personalization we employ in social interaction, alongside our long-held tendency to imbue objects with human characteristics. We trust and identify with things when we anthropomorphize them. Add to these interactions adjacent advancements in processing speed and devices can respond dynamically, incorporating context from diverse data sets, customer preferences, and real-time contextual signals. This unlocks a new era of personalization wherein our devices become trusted partners, concierges, media curators — maybe even friends?”

Tyler Schulze is vice president, strategy & development at Veritone.  He serves as general manager for developer partnerships, cognitive engine ecosystem, and media ingestion for the Veritone aiWARE platform. Learn more about our platform and join the Veritone developer ecosystem today. 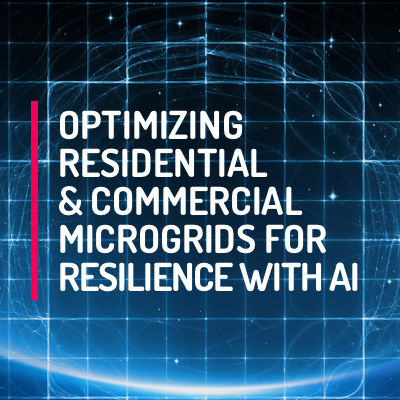 Optimizing Residential and Commercial Microgrids for Resilience with AI